This video slot has a football theme which is based on Aussie Rules with a drum beating tune playing in the background. Unlike other football games, there are no 'off-side' or 'formation' rules. The football players can run anywhere on the field and may use any part of their bodies when tackling.

If 3, 4 or 5 Water Bottles show up anywhere on the reels, then the Free Spins Bonus will be triggered. As many as 100 Free Spins can be won in this round and they contain a 3x multiplier which can be re-triggered while in the main Free Spins Feature. When 3 or more Football icons show up anywhere on the reels, the Bonus Round will be triggers and the player will be transported onto the field where the aim is to score as many goals as possible, as this increases the winnings tremendously.

The Jackpot consists of 5000 coins which will be won when a player gets a row of 5 Lines Men on any active payline. This is an ideal video slot for players that love the Penny slots as players can wager a little as a cent per spin.

The cheering fans and the whistle blowing will give players the feel of a real live football game, otherwise known as 'Footy'. 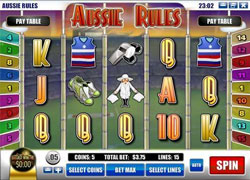 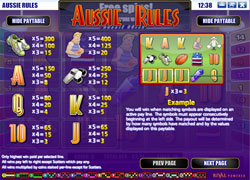 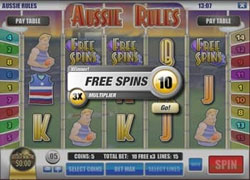