The Screen on the Ultimate Fighter slot from Playtech will show some fierce looking fighters but do not let the martial arts theme discourage you from playing .This game is really exciting and with a coin spread ranging from $0.01 to $5.00 it is suitable for the high flyers as well as the conservative players. There are some attractive cash prizes to be won with the top jackpot at 5000 coins.

There is a Bonus feature in Ultimate Fighter which you gain entry to when you trigger three Buddha symbols. You then compete against the computer with a game of Paper Rock Scissors and again wining lines can be very well rewarded 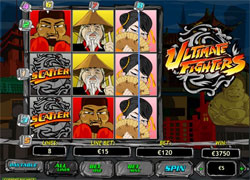 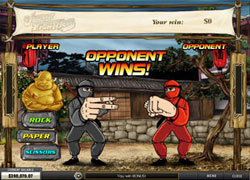 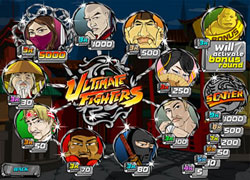